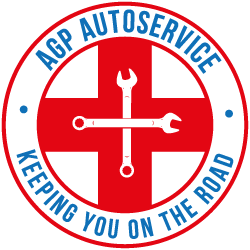 De-scaling is a process of removing soot, or carbon, from your engine. These deposits, made of unburnt hydrocarbons end up clogging your engine as well as other parts such as the EGR valve, Particulate Filter or even the turbocharger.

Engine de-scaling is achieved by enriching the air-fuel mixture in your combustion engine with hydrogen injection. Application is efficient and non-aggressive, as no corrosive products are introduced to your engine. The carbon is dissolved inside the engine and naturally evacuated with the exhaust gases.

De-scaling can reduce fuel consumption by up to 15%, reduce pollutants emissions by 50% and inherently reduce the risk of a breakdown.

Make it easier to pass your MOT Check

By regaining its original performance, your vehicle will emit less CO2

Whether diesel or petrol, unclogging your engine will emit fewer particulates.

Almost three-quarters of the faults that occur with the engines are caused by carbon deposits.

New anti-pollution standards and speed restrictions increase carbon deposits in the engine and thus increase the possibility of the appearance of dashboard lights, or more seriously, of breakdowns.

By choosing de-scaling by hydrogen injection, you will avoid clogging and replacing expensive parts, such as the EGR valve (around £350), injection pump (around £1,000) or even the turbocharger (up to £3,000).

Fuel consumption will reduce by up to 15%.

De-scaling with a hy-carbon clean works on all petrol and diesel vehicles, new or old. call 01684 772443 to book an appointment or to discuss the benefits for your particular vehicle